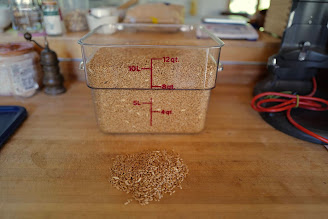 In Mastering Pasta (Ten Speed Press, 2015), Marc Vetri writes about making pasta with freshly milled wheat flour at Washington State University’s Bread Lab. The results, he reports, were “staggering.” Pasta made with commodity flour “made the familiar mild-tasting earthy pasta that most people are used to.” But pasta made with freshly milled wheat varieties, such as Soissons, Tevelde, McGuire and Dayn, produced outstanding flavors and fragrances. However, Vetri continues, one grain stood out: 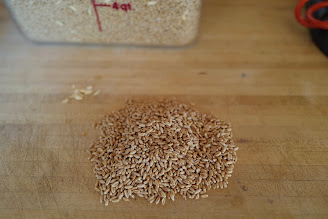 “One variety in particular, Red Russian, smelled complex in the bag but failed in the bakery. It was high in protein, 14.1 percent, but the protein wasn’t strong enough to make bread. So I asked [the WSU Bread Lab] to grind the Red Russian wheat berries very finely, like tipo 00 flour, the grind I normally use for fresh pasta….With this freshly ground whole wheat flour we made a basic egg dough, rolled by hand, and cut it into pappardelle. Just boiled and put on a plate, it was like no pasta I had ever tasted. The texture was soft but chewy and the flavor was pronounced: earthy, nutty, and fruity all at once. It was light years ahead of any other whole wheat flour I’ve ever used to make pasta. And none of these flavors was detectable in the pastas made with commodity flours. The textures were similar, but texture is something you can manipulate by mixing flours together to change the protein content. Flavor, on the other hand, cannot be replicated.”

After reading this paragraph in Mastering Pasta, I—probably like many other curious pasta makers with grain mills—searched for Red Russian wheat berries. I couldn’t find any. I kept looking, on-again/off-again, over the years, but with no success. 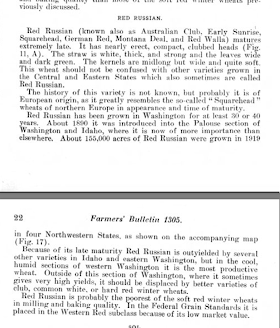 About a month ago, I had a lucky break: I came across a scan of a 1922 U.S. Department of Agriculture Farmer’s Bulletin (No. 1305) on the Bread Lab’s website. This bulletin examines soft red winter wheat varieties found in the US and contains a section on Red Russian. Upon learning that Red Russian was a soft winter wheat, I augmented my search parameters and found Palouse Heritage, a grain supplier in Eastern Washington State. Palouse Heritage sells Red Russian under the tradename English Redhead. According to Palouse Heritage, high protein soft red wheats, like Red Russian, “…have been used for centuries for scones, biscuits, flatbreads, and pastas. It is also prized by craft brewers for imparting a rich, tangy flavor to craft English wheat beers.”

I placed my Red Russian order with Palouse Heritage and, upon receiving my wheat, made my first batch of Red Russian pasta. I finely milled 57 grams of Red Russian and blended it with 57 grams of Central Milling’s Organic Artisan Bakers Craft bread flour. I brought the dough together with 1 medium egg and 1 small egg yolk and kneaded the stiff dough for 5 minutes. After a 30-minute rest at room temperature, I rolled the dough out with my mattarello and cut the pasta into fettuccini. The pasta’s texture, soft but chewy, mirrored Vetri’s description, but I didn’t taste a pronounced nutty or fruity flavor. Maybe blending the Red Russian with refined flour mitigated the whole wheat flavors? 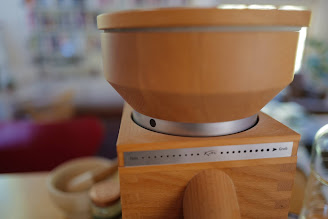 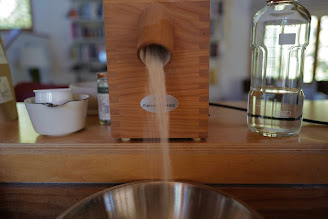 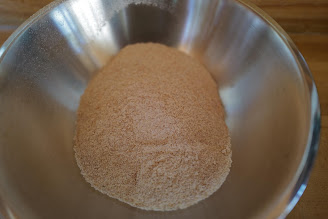 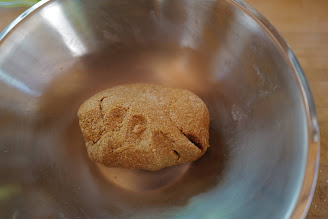 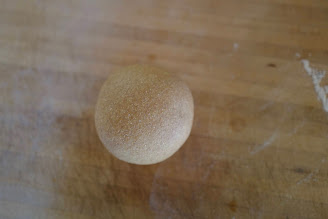 I made a second batch of pasta, this time using 100% freshly milled Red Russian. I followed Vetri’s Whole Egg and Whole Wheat Dough recipe on page 29 of Mastering Pasta. This pasta also had a mild wheat flavor—one might say earthy—but, at least to my taste, not a pronounced nutty or fruit quality.

A myriad of factors (e.g., soil, geography, weather, farming practice and seed variety) can impact the flavors of fruits, vegetables and, yes, grains. My experience with Red Russian wheat reminds me of a similar episode I had making pasta with Warthog, a hard red winter wheat. I bought a bag of Warthog from a Texas mill and these remarkable berries smelled and tasted of baking spice. The Texas mill sold out before I could place another order, but I found an East Coast mill that sold Warthog grain grown in New York State. Although harvested in the same year, the Texas and New York grain smelled and tasted materially different. The New York Warthog did not express any spice notes while the Texas grain smelled redolent of baking spice.

Next year’s Red Russian crop might better express the flavors that impressed Vetri. Although not quite as expected, the grain made great tasting pasta. I like that the soft Red Russian did not produce a gritty-textured noodle that often occurs in a home-milled, 100% hard wheat pasta. I look forward to making further experiments with this Washington State heritage wheat. 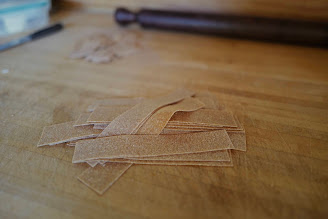