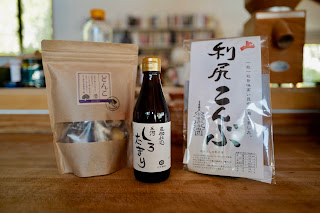 Here’s another short post on a source for excellent ingredients.

The Japanese Pantry imports and sells outstanding artisan-quality Japanese ingredients to restaurants, merchants and home cooks. It offers miso, soy, tamari, vinegar, kombu, sesame-based products and seasonings that far surpass the quality of ingredients that one finds in even well-regarded specialty food stores.

The Japanese Pantry recently added Donko dried shiitake mushrooms to its offerings. With these world-class dried mushrooms from the island of Kyushu and other Japanese Pantry staples, you are set to make dashi using the following David Kinch recipe that appears in Umami: The Fifth Taste (Japan Publications Trading Company, 2014). This dashi is a component in his recipe for Summer Clams, Peas and Beans in a Pine Mushroom Broth.

2. Remove and discard kombu. Heat mushrooms and broth to 175F/80C. Add tuna flakes, stir for 15 seconds and immediately strain through a linen cloth. Discard the solids and season the dashi to taste with white soy and salt. If making ahead, reserve in the refrigerator 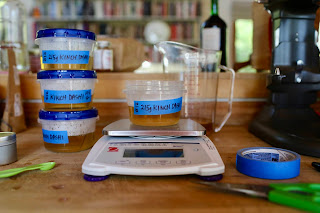 I don’t follow Kinch’s recipe to a T; I use my fine PNW water for filtered. I also don’t discard the mushrooms. Rather, I save and cook with them. For the sea salt, I use 1.25 grams Amabito No Moshio.

The Japanese Pantry currently sells three different types of kombu: Ma, Rausu and Rishiri. I use what I have in my pantry. I mostly swap out the recipe’s white soy for 75 grams of white tamari that The Japanese Panty sells. Made with 100% wheat, the Japanese government prohibits its manufacturer, Notto Jozo, from calling this sauce soy. However labeled, this light sauce tastes fantastic.

Regrettably, one cannot buy dried fish and shellfish from The Japanese Pantry—at least not yet. I’m told it wants to offer these products, but it’s difficult for the small artisan companies that it promotes to navigate certain import regulations. But, hopefully, one day soon we can also find dried seafood and fish at The Japanese Pantry. 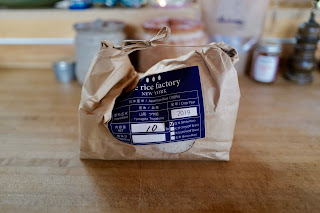 I often enjoy sourcing ingredients as much as cooking, especially if the ingredients come from people committed to quality. During these tough times, these merchants and suppliers can use our support. To this end, I’ve penned a series of posts that feature my favorite sources for excellent cooking ingredients. First up, a near everyday staple food in my household: Japanese rice from The Rice Factory.

The Rice Factory, located in Scarsdale, New York, imports Japanese rice varieties that it sells in its shop and on-line. Its website lists its seasonally available varieties—some offerings sell out very quickly—and classifies the rice on a chart with 4 quadrants divided by two axes: (1) sticky to smooth, and (2) tough (i.e., firm) to soft. After choosing a rice variety, you select your desired quantity (5, 10 or 15 pounds) and a mill rate (e.g., brown, 50% milled, 70% milled, or white). The rice is then milled-to-order and, to those of us scattered across the country, shipped.

I’ve tried almost ten different rice varieties from The Rice Factory. I’m about halfway through a 10-pound bag of Tsuyahime rice from the Yamagata Prefecture. Per The Rice Factory, Tsuyahime has excellent sweetness and umami and “has a good reputation for its good looks, such as whiteness and gloss after cooking….”

My favorite rice—so far—is Nanatsuboshi, which is slightly more firm than soft and more smooth than sticky. I’ve ordered this rice milled 70% and white. However milled, this rice tastes absolutely delicious.

I count The Rice Factory as a culinary treasure here in the United States. I enjoy supporting the company and the Japanese rice they sell is fantastic.