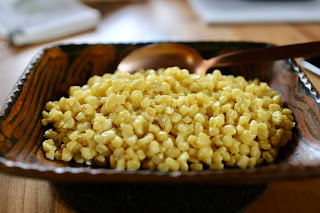 Here’s a recipe to take advantage of the bounty of summer corn. I clipped Ishmail Merchant’s recipe for Cayenned Corn from some newspaper or magazine back in the late 1980s or early 1990s. In researching this post, I learned that the recipe comes from Ishmail Merchant’s Indian Cuisine (St. Martin, 1986). The cookbook version calls for ½ teaspoon of cayenne and isn’t quite as chatty (i.e., fun). 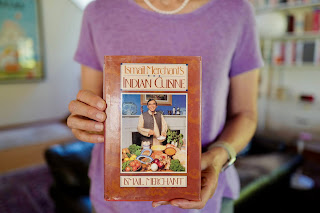 Cut as much uncooked fresh corn as you have mouths to feed. (For 4 people you will need about 4 to 5 ears of corn.)

Melt 3 tablespoons of butter in a skillet and add the corn, a couple of chopped-up garlic cloves, ¼ teaspoon cayenne (or more if you like heat), and salt to taste. Cook this mixture a few minutes over medium heat.

Add ½ cup cream (half-and-half or even milk will do), cook the mixture for another 8 minutes or so, and serve it hot with a side dish of basmati rice.

Ismail Merchant (25 December 1936 - 25 May 2005) was an award-winning film producer who, with his life-partner James Ivory, created nearly 40 films including The Remains of the Day, Howards End, and A Room with a View.

Merchant loved film and food. A self-taught cook, he boasted that he “disobeys all the conventions and laws of cooking, preferring to improvise and make new discoveries all the time.” According to Madhur Jaffrey, who wrote the forward to Ishmail Merchant’s Passionate Meals (Hyperion, 1994), “Ismail cooks easily and he cooks well.” 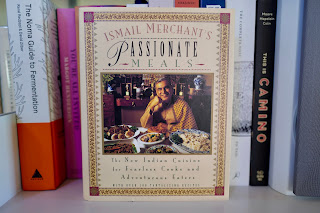 I certainly get the sense of this fearless cook when reading the above recipe for Cayenned Corn, which feels more like a gesture than a mandate. I prefer recipes that give a cook license to play around with a dish. Once I added spot prawns to briefly cook with the cream and corn. Occasionally I add diced onions and green chilies to the dish. Often I top the dish with slices of roast chicken. My latest tweak: swapping out the cayenne pepper with Cobanero chili flakes from Burlap & Barrel, a spice importer located in Queens, New York. This fruity, smoky pepper grows in Guatemala and adds heat and complexity to this easy summertime dish. 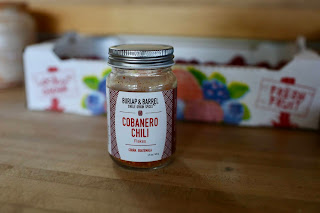